In this Webinar Dado Valentic will share some valuable tips and tricks for working with ACES, the Academy Color Encoding… 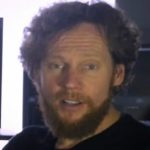 Dado Valentic is a colourist and colour scientist with long standing contribution in the field of innovation of digital colour correction. He is a founder of one of the UK’s most respected colour grading facility – Mytherapy. For over a decade he has been developing algorithms for colour and image processing and his research and development work has culminated with the release of ‘Colourlab’ Software – a high-end look and colour management application available only through rigorous certification and training program. He is was one of the inventors of Colour Managed Workflow that has today become a standard for the most high end feature and episodic TV productions. Dado is recognised by the industry for his contribution as a speaker and instructor on the subject of Colour and Colour Science. He is a regular lecturer on some of the world’s leading film schools including: International Film School in London, DFFB/UpGrade in Berlin, AFTRS in Sydney, SAE Oxford, Moscow Film School. He also teaches regularly on Reducation in Los Angeles, New York, Moscow, Singapore, London and Miami. He is a contributor to British Cinematographer Society, Dutch Cinematographer Society and Swedish Cinematographer Society and continues to be one of the most innovative colourists and colour scientist in the world.
Show More
Show Less