VFX In The Color Bay

The art of digital color correction is constantly evolving and systems and operators are becoming more capable. DI grading consistently moves beyond simple color correction and crosses the line into what used to be considered VFX. A modern grading session blends the two and makes the grading suite a very
powerful, sometimes daunting, environment for polishing a film in many different respects.

In this webinar, we’ll address the short history of DI color correction, including the transition to digital, how much VFX can (and should be done) in the DI bay and work through some hands on projects using ASSIMILATE’s SCRATCH, including how to remove a boom from a shot, how to perform makeup and beauty work, and even replace an entire sky. 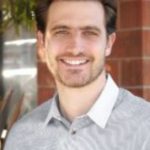 Leandro Marini
Please contact us if you have any questions