So you’ve mastered the equipment? What’s next? Mastering the aesthetics of editing. This webinar will help you understand the basics… 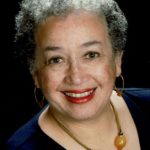 Lillian E. Benson’s professional body of work as a television, video and feature film editor spans almost thirty years. In 1990 the native New Yorker was nominated for an Emmy for her work on the acclaimed Civil Rights series “Eyes On the Prize II”. She contributed to films that have garnered five Emmy nominations, four Peabody Awards, and numerous other honors. Recent documentary films she edited include “Tom Bradley-Bridging the Divide” (PBS 2014), and “Tavis Smiley Reports- Education Under Arrest” (PBS 2013), The Mitchell 20 (limited theatrical release 2011), Frontline’s “God In America” (Fall 2010 broadcast), and Wounded Knee, the closing episode of “We Shall Remain”, a series on Native American history produced by WGBH. Her work on narrative fiction includes four movies-of-the week directed by Debbie Allen. ( The Hot Chocolate Nutcracker, The Fantasia Barrio Story, The Old Settler, and Alex In Wonderland.) As well as the Showtime television series “Soul Food” and several independent feature films. Benson made her directorial debut with All Our Sons-Fallen Heroes of 9/11, a half-hour documentary about the firefighters of color who died at the World Trade Center and recently completed her second film as director Amen- The Life and Music of Jester Hairston. This educational documentary tells the story of the noted African-American composer-arranger of spirituals. Lillian Benson is the first African-American female member of American Cinema Editors, an honorary editing society, and is a member of their Board of Directors. She also served two terms on the Editing Peer Group committee for the Television Academy.
Show More
Show Less