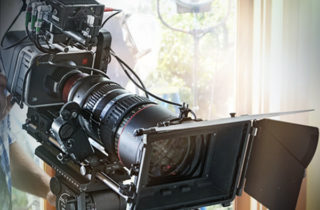 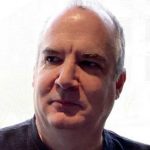 Michael Phillips is an award winning filmmaker, producer, editor, and industry technologist. Michael’s contributions to the industry have been for the co-­‐invention and design of Avid’s Film Composer, and Symphony product lines, which offer professional digital online and offline editing and finishing earning him a 1994 Academy Award® for Scientific and Engineering Achievement from the Academy of Motion Picture Arts and Sciences. In 1999, Michael and Avid were rewarded with an Oscar® for their continued efforts in enhancing and developing the Avid Film Composer. That same year, Michael was recognized with a Massachusetts Innovator of the year Award. He has also worked in the film industry as a camera operator, sound recorder, and film editor, regularly consulting with independent producers and directors in managing the post-­‐production for feature films using digital technologies. Michael has multiple producing and editing credits. Michael has lectured around the world on the ever-­‐changing nature of digital processes, speaks at industry forums, and conducts workshops on digital post-­‐production. He has been awarded over 10 patents from the United States Patent Office ranging from digital synchronization of picture and sound and other editing technologies pertaining to 24 frame editing, to compositing, interactive media (transmedia), and surround sound. Michael has pending patents for foreign distribution platforms, verbal logging interfaces, and metadata synchronization for double system workflows. Michael has been the Post Supervisor for the Sundance Institute Director's Summer Labs in 2012 and 2013, bringing his creative and technical skill set to eight of the next generation storytellers. He has also been CTO for Cineworks providing post workflow procedures from dailies to DI mastering. Michael is currently developing an interactive story discovery application for screenplays and other structured formats as well as an Avid AMA plug-­‐in to extract song metadata for rights management and rights reporting. Michael continues to research and develop new technology solutions for the digital production process as a workflow consulting to several clients as well as industry manufacturers.
Show More
Show Less