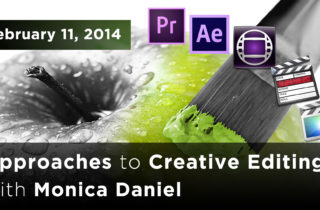 There is no one right way to edit. Editing is a subjective and creative endeavor. This webinar will offer some…

Surviving in the Broadcast Editing World

Access to editing tools is becoming easier everyday. More and more people are calling themselves editors nowadays, but do they… 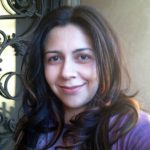 Monica is an Editor and Colorist based in Los Angeles. She has worked for several networks including SyFy, Starz, BBC America, E!, G4 and A&E Bio, to name a few. In addition to Television, she has also worked on independent features that have been released by Miramax, Lionsgate and Anchor Bay Entertainment. She is also currently working on Scripted Projects for That Studio. She enjoys sharing her knowledge by giving presentations about her work, as well as writing a blog about editing (monicaedits.tumblr.com). You can follow her on twitter at @monica_edits And just for fun, Monica produces, edits and Co-Hosts an industry podcast called Going Postal Show where she interviews some of the top editors in the industry. Monica's tool of choice is Avid Media Composer, but she will edit with whatever the job requires.
Show More
Show Less