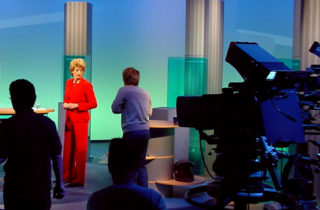 A common misconception during any production is that everything can be fixed in post. While this may be true in… 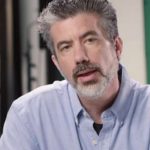 Walter Biscardi, Jr. is the creative genius and owner of Biscardi Creative Media. He founded his creatively driven company with one idea in mind: nothing is impossible, whatever you can envision, it can be created. In particular Biscardi believes we should use the biggest tool of all, the mind, to bring your vision to life. Walter is also a disciplined professional who understands the importance of a deadline and a budget. Walter studied film and video production at the renowned Newhouse School of Communications at Syracuse University, New York. His career began with editing for a national and international audience at CNN. Biscardi has produced and edited programming that airs on CNN, The Food Network, NBC, PBS, The Weather Channel, Univision, Georgia Public Television,, among others. In the corporate world, Walter and his company have produced for companies such as IBM, The Home Depot, Nortel, Kroger, Lamborghini, The North American Mission Board, Jacoby Energy, Foxwoods Resort Casino, and Oglethorpe Power to name a few. Walter has received numerous awards and credits including a Peabody, national Emmy, multiple local Emmys, multiple Telly & Aurora awards several CableACE awards, and other honors. Walter’s creative vision, professionalism, and his ability to keep the production process fun for the client, make him a tremendous asset to any production. A recognized industry leader, Walter has been recruited by companies such as Apple, Panasonic, Avid, Adobe, AJA Video Systems, ATTO Technology, Red Giant Software and LaCie to test and find ways to improve hardware and software solutions for the film and video industry. Biscardi is a world-renowned expert in High Definition Production often consulting companies on post-production workflow, system design and installation. In addition, Walter is a host for the industry leading CreativeCOW.net website and the author of “Stop Staring and Start Grading with Apple Color.” In 2012 Walter and his team launched two new ventures, MTWD Entertainment and Our Story Media. MTWD’s mission is to seek out and develop engaging, original content & products for all media. We believe that a quality process, creative team, and innovative mindset leads to memorable and impactful programming. Simplicity and fun are our flagship mottos. Our Story Media was designed to bring quality production to the wedding genre. More than just a wedding, Our Story brings documentary production style to your entire story.
Show More
Show Less