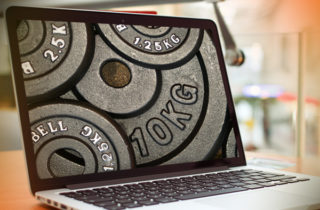 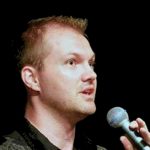 Zack Arnold has been a professional editor for 15 years. His background includes editing feature films, scripted dramatic television, documentaries, theatrical trailers, and DVD bonus content. He considers himself genre-agnostic. He is also just finishing his directorial debut of the documentary film GO FAR: The Christopher Rush Story. Zack originally grew up in a dairy farming community of 290 people in northern Wisconsin. It is there he learned the value of an honest day's work. He graduated valedictorian from his high school class and went to college at the University of Michigan where he studied film theory & production. He graduated with high honors. He landed his first job interview the night before his graduation ceremony. Two days later he flew to Los Angeles for the interview, got the job, and traveled across the country by car in 2 1/2 days, never looking back. After spending a mere five months as an assistant editor for an award-winning trailer company, he was promoted to editor. The first trailer he edited (Northfork) won a Golden Trailer Award in the Golden Fleece Category - "Best Trailer for the Worst Movie." Shortly after he worked on the theatrical marketing campaigns for such films as The Passion of the Christ, Monster, The Machinist, The Woodsman, Whale Rider, Stander, and many others. After cutting trailers for several years, Zack realized his real passion was for scripted features, quit his (paying) job, and started cutting independent feature films (for free). His first editing credit (Phat Girlz) was acquired by Fox Searchlight for $4.75 million dollars. He then cut several other independent films while simultaneously working for several different marketing companies where he had the opportunity to work on such projects as The Departed, Live Free or Die Hard, Dreamgirls, Entourage, Run Lola Run, Flyboys, and many others. Zack's big break came shortly after winning several awards for editing the high-octane action web series "The Bannen Way" for Sony Pictures. He was hired onto the hit USA Network series "Burn Notice" where he he was a staff editor for four seasons. HIs current project is the ABC series Black Box.
Show More
Show Less