Much has been argued about the merits of producing feature film dailies on-set vs near-set or in a facility, who performs which tasks, and how that impacts the downstream post-production process. But, usually the loudest arguments come from those offering technology rather than the folks actually doing the work. Join DIT Duck Grossberg (Life of Pi, Dawn of the Planet of the Apes) and Leandro Marini, the Founder of Local Hero Post (Pitch Perfect, The Haunting in Connecticut 2) as they describe how they have designed and optimized workflow for several recent features.

The trio will chat with moderator Lance Holt, Sr Director of Post Production at the Bandito Brothers, as they recount what worked best in pre-production, on-set and in post, and how the right common, seamless workflow can deliver a feature on-time and on budget. 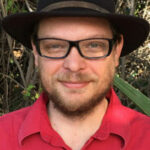 Duck Grossberg
Please contact us if you have any questions