As a veteran director of popular network TV shows, feature films, and TV miniseries, Putch has vast experience dealing with what the industry calls a ‘micro-budget.’ During this great presentation Putch will reveal his and other filmmakers’ strategies for making and marketing micro-budget films the anti-hollywood way.

This presentation will cover the entire process of making a good, solid, independent film on a budget from pre- to post-production. It’s not so much a class, as a lesson in reality. There is a way to make a quality, independent film. It requires a rebellious approach that ignores the Hollywood mystique and leverages the unique resources you have access to. The information will prove invaluable to anyone involved in independent filmmaking – saving you time, trouble, money and headaches. 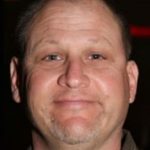 John Putch
Please contact us if you have any questions