Meet the Filmmakers of Among Ravens

We Make Movies’ Amanda Lippert interviews writer/co-director Russell Freidenberg and his co-director Randy Redroad and they discuss their film, AMONG RAVENS, which is being released in limited theaters and on VOD from Gravitas Ventures. The film stars Amy Smart, newcomer Johnny Sequoyah (star NBC’s “Believe”), Josh Leonard, and many more.

Seen through the eyes of nine-year-old Joey, AMONG RAVENS is the story of a group of friends who reunite for their annual 4th of July weekend only to be confronted by Chad, a strange and beautiful nature photographer who begins to change their lives one by one. 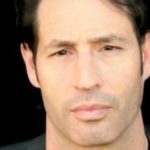