This webinar will touch on various key factors when rigging the Cinema Camera, from low-profile balancing, building small and large rigs, and when rigging is necessary. Marco has literally spent thousands of dollars on various camera gear, from cheap to exotic, that he has tested and used for real world production on these cameras. The information he’ll be sharing is valuable for both beginners and veteran alike.

Marco Solorio is a longtime Cinema Camera user. In fact, he was the very first in the US and the second in the world, having the original EF model before public release back in mid-2012. Having used Blackmagic cameras for so long, Marco has accumulated an enormous amount of knowledge, personally using them on real world production sets: commercial, corporate, short, and feature film production (we’ll see firsthand examples with behind-the-scenes photos and video).

Check out Marco’s ebook on rigging your camera here: http://www.onerivermedia.com/ebooks/ 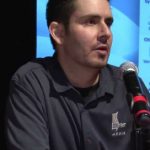