With the introduction of Snow Leopard OS on Mac, it is now possible for the first time to run Smoke on non-Irix/Linux systems enabling the full power of high-end finishing systems to become accessible to more users.

For many years, there was always the need of having a Mac in a Smoke bay for file prep and transfer. Now your Mac IS the Smoke system. This means that, during your daily digital media production, you can run Avid Media Composer, Final Cut Pro, After Effects, Photoshop and Smoke all on the same system. And with it’s ability to support more QuickTime CODECS then Linux ever will, Smoke on Mac is actually better in some ways than its Linux brother.

This webinar will provide digital artists interested in taking their post-production workflow to the next level, an overview of the Autodesk® Smoke® high-end finishing system. We’ll discuss tips for conforming Avid and Final Cut Pro timelines, how to use Adobe Photoshop files, and many other helpful hints for the new Smoke user. 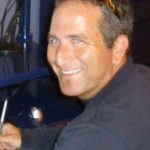