In this webinar, Parke Gregg, editor, color-grading and DI artist, shows us how he used ASSIMILATE’S SCRATCH DI tools to help realize Director Jeff Nichols’ vision for the award-winning feature, Take Shelter, the psychological thriller, to be released by Sony Pictures Classics.

Parke will be using ASSIMILATE’S SCRATCH to show the DI workflow with an emphasis on how he created the looks of the film with subtle (and sometimes not-so-subtle) color grades. He will cover conforming from offline edit to film, color grading for enhancing the storyline and will also address the workflow for integrating visual effects into this production. 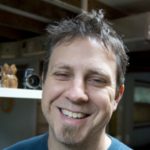