Final Cut Pro X brings not only a completely new interface, but also a wealth of new meta data and…

While Final Cut Pro is a fantastic storytelling tool, there are still some technical areas where it falls flat. One… 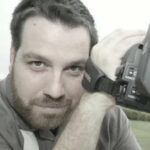 Brent Altomare founded Groovy Like A Movie in 2000 and it quickly became a nationally recognized video and film production company. Under his leadership, Groovy has twice been named one of the fastest growing privately held companies in San Diego by the San Diego Business Journal. While Brent would love to have a legion of minions, Groovy remains a small company, and Brent has his hands in almost every aspect of every production, including designing workflow. Brent regularly lectures on business, media (both traditional and social), marketing, professional ethics, and all aspects of video production. He also teaches video production at the Art Institute of San Diego.
Show More
Show Less