One of Avid Media Composer’s shining gems for narrative editing is its Script-Based Editing interface. It allows editors to click… 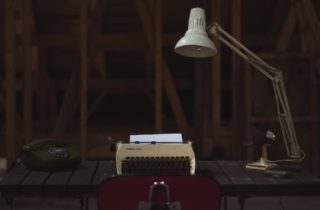 Avid ScriptSync Fuses Your Media to Your Scripts

One of the little-known secrets in narrative editing is Avid’s Script-Based Editing interface. It allows editors to click on words…

Chris Bové is a craft editor, story editor and consulting script editor. He has edited over 400 hours of broadcast programming, independent documentaries, web content and bonus material. Some of those hours were made on 16mm Steenbeck flatbeds; some were made in CMX and GVG linear edit bays. The rest were made with Avid NLEs. Considering that each of those 400 hours were the “1” in a 30:1 shooting ratio, it’s no wonder his wife aptly named his business AlwaysEditing. Between edits or while rendering, he is one of Marianna Montague’s moderators on the Avid Pro Video Community website, a Mod-Tester of every new version of Avid Media Composer that gets released, a constant contributor to the Avid Editors of Facebook, a writer on AvidBlogs.com, and the Vice Chair & Secretary of the Avid Customer Association’s Community Advisory Council. He’s also a terrific husband, the most fantastic father you could imagine, and a martial arts nut.
Show More
Show Less