In this webinar you will learn some cool tips, tricks and techniques for using the GenArts Sapphire Edge plug-ins along… 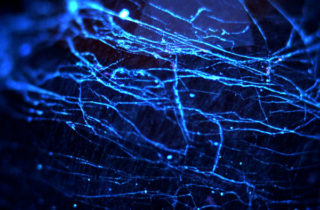 When you’re entrusted with a big job from a major corporate client, you don’t always get the footage that you…

Rob Birnholz has spent 30 years in television and film production, first as a Director/Cameraman, then later in postproduction as owner of Absolute Motion Graphics, Inc. near Orlando. It wasn't long before he bought one of the earliest copies of After Effects -- which led to a complete career change focused entirely on postproduction and motion graphics. In 1995 he incorporated as Absolute Motion Graphics, Inc. His recent work includes projects for T-Mobile, Walt Disney World, Kodak, General Motors, Long John Silvers, KFC, SUBWAY®, The Palm Springs International Film Festival and A&W Root Beer. An experienced editor and animator, Rob is a popular speaker at user groups, trade shows and conferences demoing After Effects plugins and Final Cut Pro editing tips. He is the author of Toolfarm's "Pro Training for the After Effects Camera" as well as numerous After Effects tutorials on the web. His specialties include multiscreen production, trade shows, theme parks, corporate communications, large scale events and other special venues.
Show More
Show Less