Crafting the Color in American Sniper

Meet Maxine Gervais, lead Digital Intermediate Colorist at Warner Bros. Motion Picture Imaging (MPI), for an exclusive presentation on the creative color finishing process of acclaimed movie American Sniper. She discusses the process of coloring the Oscar nominated film and how she was able to enhance the intensity of the acting in this gritty film. Maxine reveals how she and the team at Malpaso Productions realized looks to accent and bring director Clint Eastwood and cinematographer Tom Stern’s vision to the screen.

“With Tom Stern’s support, knowledge and understanding of how Clint Eastwood works, coupled with the power of Baselight, we created a very unique look that has a strong narrative for the film” — Maxine Gervais, Lead Colorist at Warner Bros. Motion Picture Imaging

Everything discussed below is all live on the Baselight finishing system. 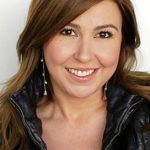 Maxine Gervais
Please contact us if you have any questions