Final Cut Pro X is not just an “upgrade” but a completely and radically redesigned product from the ground up. This major change will require that you carefully think through and prepare for this transition not only to a new product, but to a new way of editing.

In this webinar, Philip Hodgetts will show you what’s new with Final Cur Pro X, what he doesn’t know and what he hopes FCP X will offer when it’s released in June. He’ll also cover potential issues including the retraining of your staff, the “new timeline” and why it’s different then the standard timeline we are all used to.

We will not be showing the actual software, since it won’t be released until June, however, Philip will be going through the screen shots of what Apple presented and offer not only what he knows, but also some of his opinions on how each new feature will potentially effect your workflows.

One thing is constant in our industry and that is change! So get ready for this major change by attending this webinar! 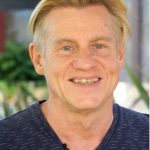