How To Make A Film With Pocket Change

While it’s been getting easier to make a quality feature film for less money, to make a good film for NO money–or rather, the little bit of money you have available to your right now–requires a radical rethinking of the movie-making process. Mark Stolaroff, founder of No Budget Film School, reveals the key principles that will enable you to make a film for nearly nothing. 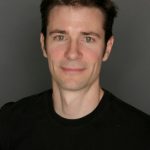