Final Cut Pro X introduced such a radical paradigm shift from traditional non-linear editing that it’s not a stretch to call it revolutionary (as opposed to evolutionary). Still, if you’re a professional editor, you will want to make this new software work for you and not against you.

In this webinar, the presenter will be working on both Final Cut Pro 7 and Final Cut Pro X, switching back and forth between the NLEs, showing you how you can perform similar FCP 7 actions inside of FCP X.

He’ll also be addressing which features are critical for broadcast or feature editors to have in Final Cut Pro X and show you workarounds where possible, including how 3rd party developers can help fill in the gap.

Finally, the presenter will attempt to replace the many fears and complaints that have been expressed since the release of FCP X with easy, practical techniques that will allow editors to focus on telling stories with the new software instead of telling stories about it.

After attending this webinar, we believe you’ll have enough information to make a decision for yourself as to how (and when) you should transition from FCP 7 to FCP X. 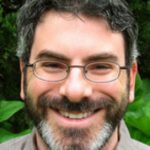