YouTube has served as an effective launchpad for some music careers (Justin Bieber) and some comedians, but can it work for filmmakers? Award winning filmmaker Richard Gale will discuss his experiences of taking his popular short film The Horribly Slow Murderer with the Extremely Inefficient Weapon from the festival circuit to YouTube, where it went viral (over 22 Million views) and opened up a world of new opportunities. Learn about the types of shorts that work best on YouTube, the secrets of some of the most successful producers, and how to capitalize on YouTube popularity to enhance your career as a filmmaker. Gale will also discuss the making of Horribly Slow Murderer, a 10-minute epic comedy short which took 23 days of shooting! 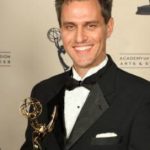