Despite meticulous planning during the script writing stage, story problems arise in every film’s first assembly. A director looks to their editor as a partner in solving these problems. Through this process directors learn to trust their editor, and thus the editor’s influence over the project grows. In fact, the film editor spends more time with the director shaping the story than any other person involved in the final picture.

In this webinar you’ll learn how to keep the collaborative partnership between the director and editor smooth and cooperative. In addition, you’ll learn ways to diagnose and solve those story problems along with building an approach to dissecting a story, while maintaining a relaxing, cooperative environment.

Remember that a solid partnership between the director and editor will often last for years. 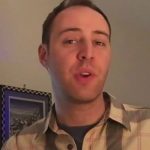