What You Need To Know About Adobe Premiere Pro CS5

It’s no secret that two of the biggest enhancements in CS5 are the Mercury Engine and the new metadata workflow. What is surprising is how much faster CS5 previews and renders, especially when editing H.264 based formats (like AVCHD or footage from the Canon EOS 7D) or encoding to H.264 formats. This webinar will quantify these performance enhancements using real world projects and detail the optimal CPU, OS, RAM and graphics card configuration.

If you produce script-based productions, and value metadata in the production and output pipeline, you’ll really appreciate the script to screen workflow that Adobe created in CS5, including the new Adobe Story, a script development tool, the enhanced Adobe OnLocation, for shot list creation and metadata collection during the shoot, to Premiere Pro for editing and out to Flash. There’s even a new time-based workflow for automatically matching OnLocation placeholder shots with clips shot with a non-tethered camera.

In addition, there are several critical new features in Premiere Pro, SoundBooth and Adobe Media Encoder, like the Ultra Chromakey effect from Serious Magic, now a GPU accelerated effect in Premiere Pro. You’ll read a bunch of hype about the new release, this webinar will lay the new features out for you and tell you the investment in hardware and software that you’ll need to fully leverage them. If you’re considering upgrading from CS3 or CS4, you’ll find this 90 minutes very informative and worthwhile. 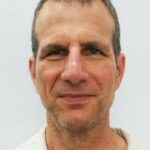